History on the pathway to repeating itself.

It is absolutely clear that the Anglophones think 1961 was a wrong decision and ever since they have been fighting for an independent state. The propaganda version of only Anglophones marginalised in Cameroon can not be validated.

EXPECTATIONS ARE HIGH BUT the reality is totally opposite to the propaganda induce notion of paradise that has fuel the momentum.

We should be very careful many within Anglophones are silent not by choice. It won’t be long when reality will kick in just as you are doing today. The truth is simple we can not achieve an equal nation nor can we eradicate the notion of marginalisation within any community.  We can not eradicate bribing and corruption or embezzlement. This is totally contrary to your preaching of English Cameroon pure people. No system in this world will make that possible and power monger are already within you.

We are already heading for debts without a brick on the table. Hence the sea route to enslavement from day one of the very fighter with high expectations. what will silent the mass with high hopes and expectations of abundant jobs and high wages? equal society? etc who think action of the state is wrong  if it does not address their needs pragmatically?

We think we are living in a dictatorship, the worse dictatorship (tyranny) is on the way to force you amba fighter to submit to reality. FACT

no body has mentioned any think with regards to resettlement plan and our course of action is CDC SONARA MENCHUM and enough food. Is there any country in the world that is short of these entities and is not in paradise excluding war turn countries a pathway we are heading to?

If you think you are right and this statement is wrong

We cherish the idea of a new nation but be pragmatic in the modern era where you have deliberately arm the ordinary man to the teeth with political knowledge you will never address (rights of the people without talking of the rights of the country and responsibilities). In the Anglophone region every thing is wrong except it favours an Anglophone. Tomorrow HOW will you justify your actions are not seen as favourism of one person instead of the other? The age of political correctness and moral justification has been born. You will function as a robot in the world of the human being.

I am not perfect but I am the limited edition. walk down with me to a safe peaceful nation. Fairer societies exist but no fair society exist. 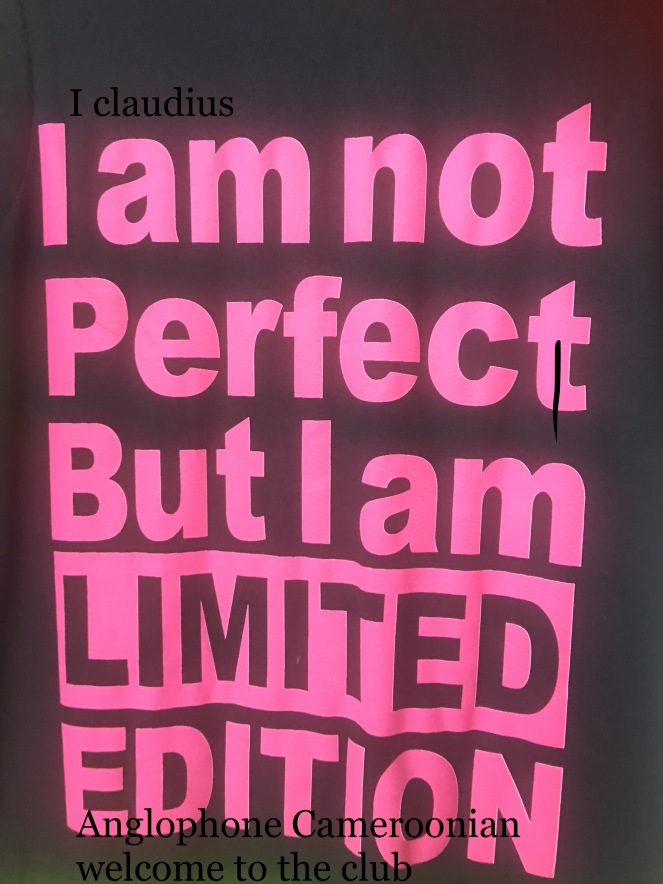